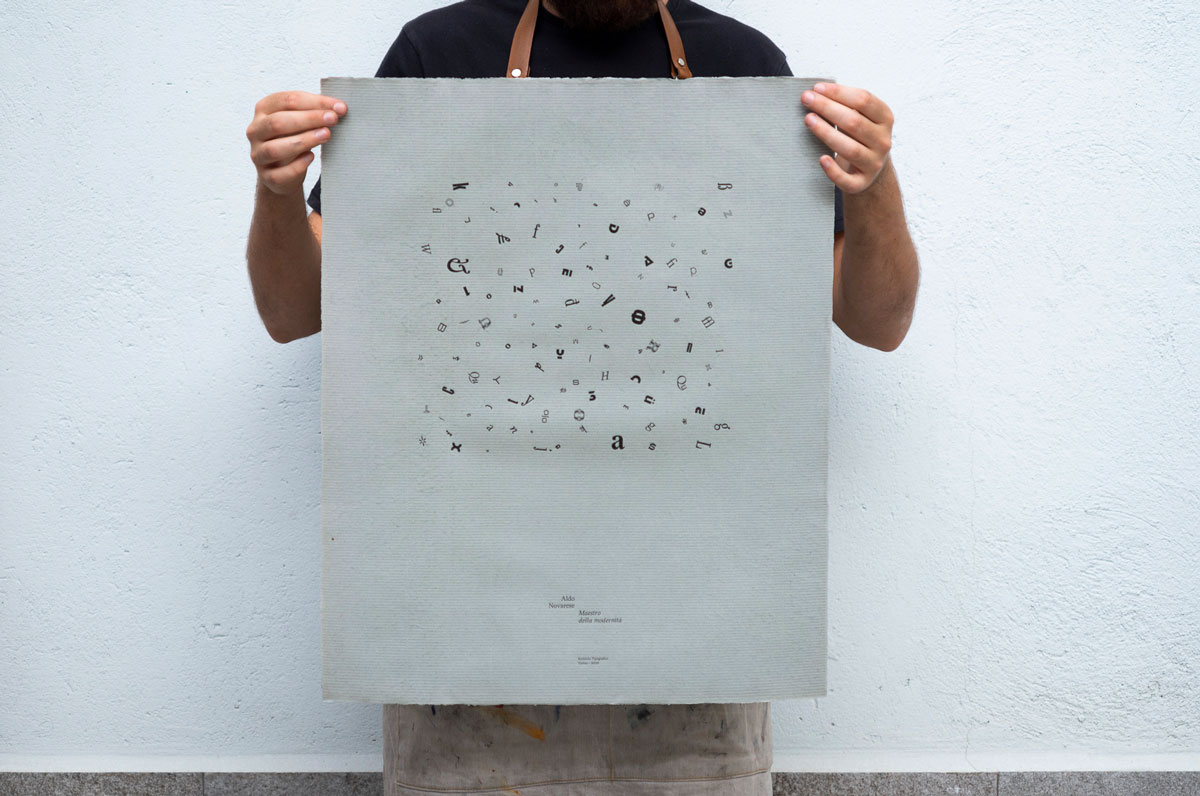 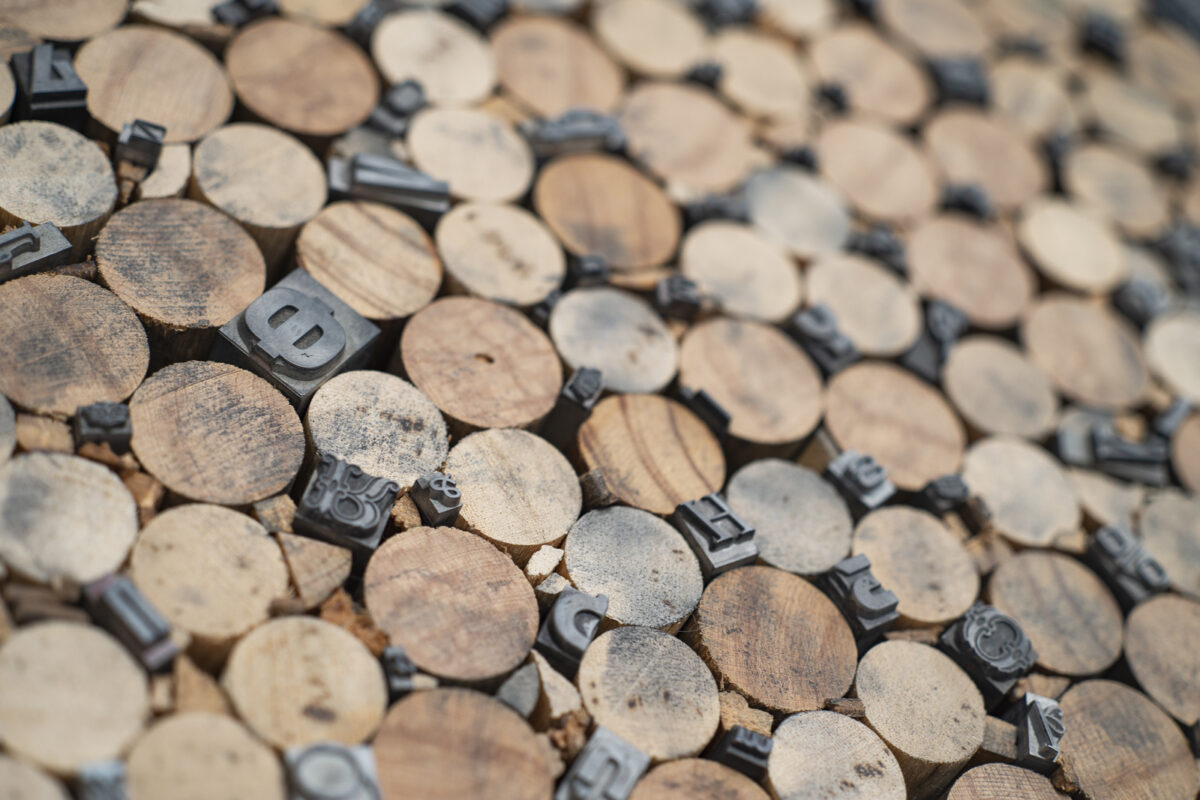 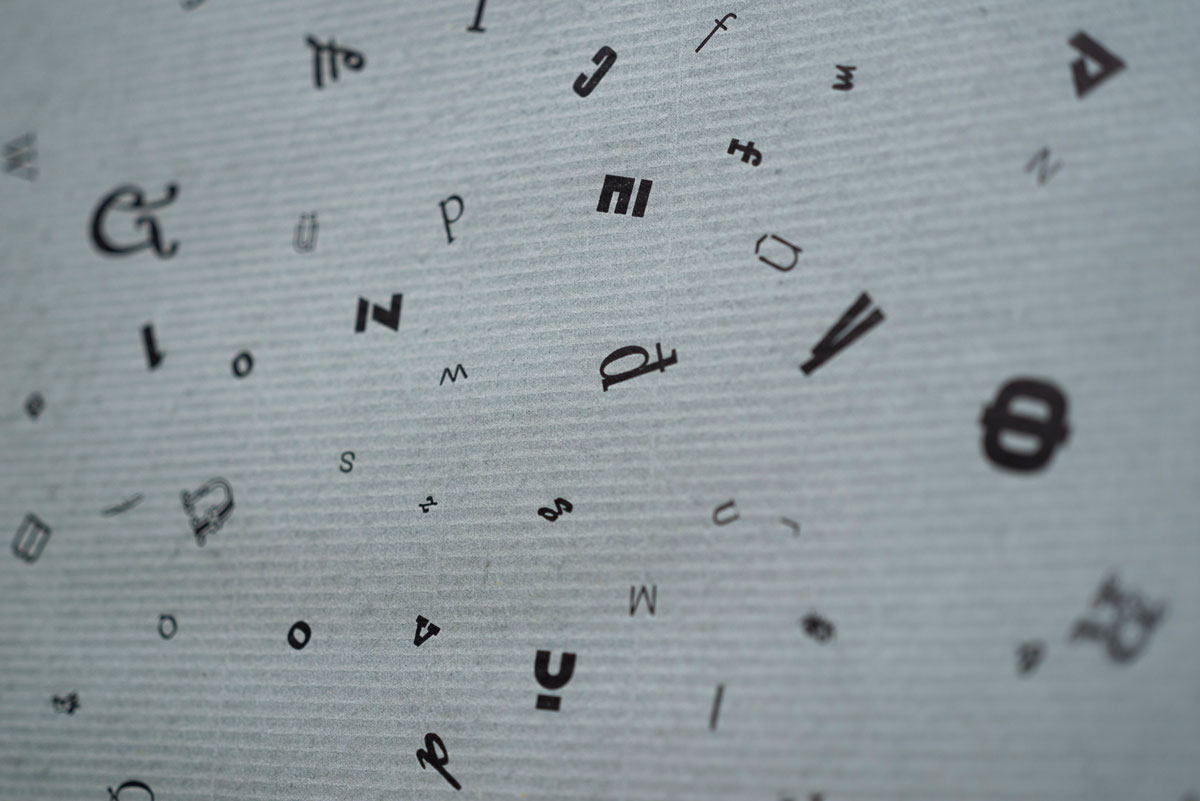 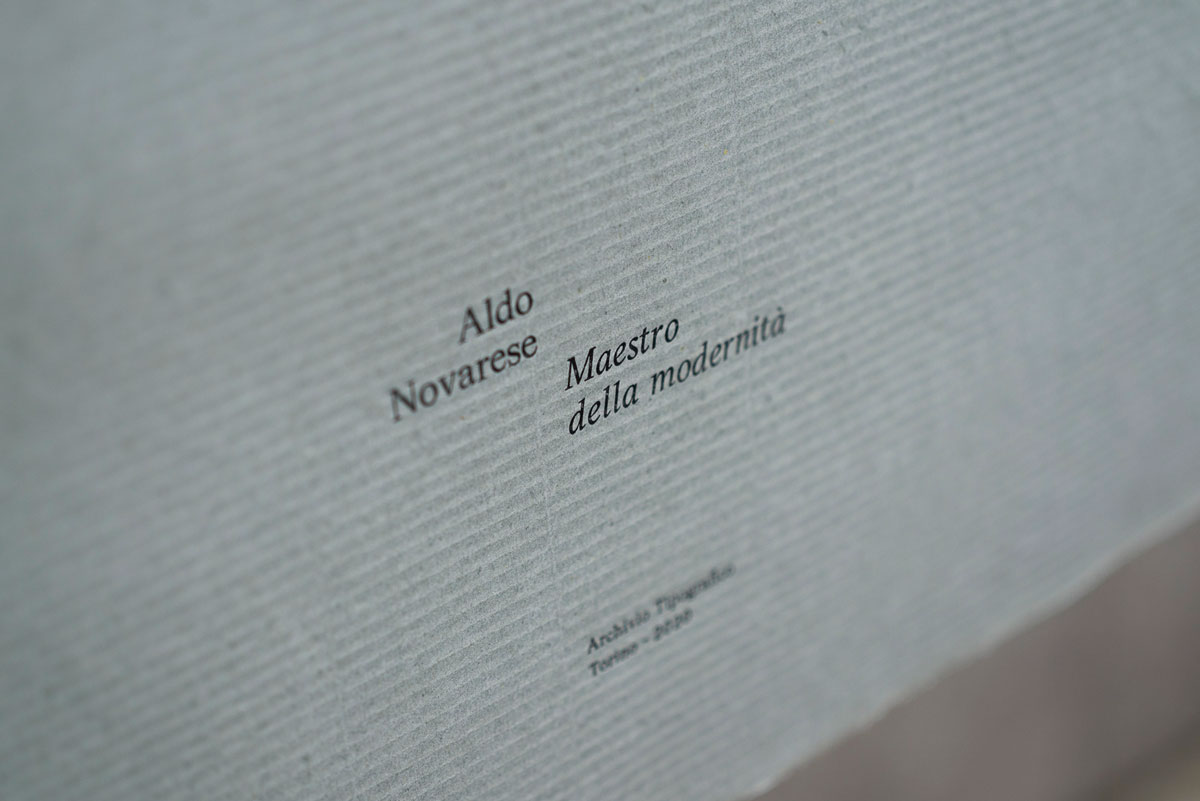 Aldo Novarese (Pontestura, 1920 – Torino, 1995) was an all-round artist: photographer, painter and illustrator, but his interest was manifested above all in the creation of typefaces. He trained first at the Turin School for Printing Artists, and later at the Giuseppe Vigliardi-Paravia School of Printing and Related Arts in Turin, where he was a pupil of Alessandro Butti. It will be the latter, in 1938, then director of the artistic studio of the Nebiolo Character Foundry in Turin, to call him as his collaborator. From 1952 he succeeds Butti as director of the art studio, for which he created numerous successful characters. In this poster, we used only original Nebiolo characters in lead of which he was the designer, composed using a broomstick cut as a space between the elements.