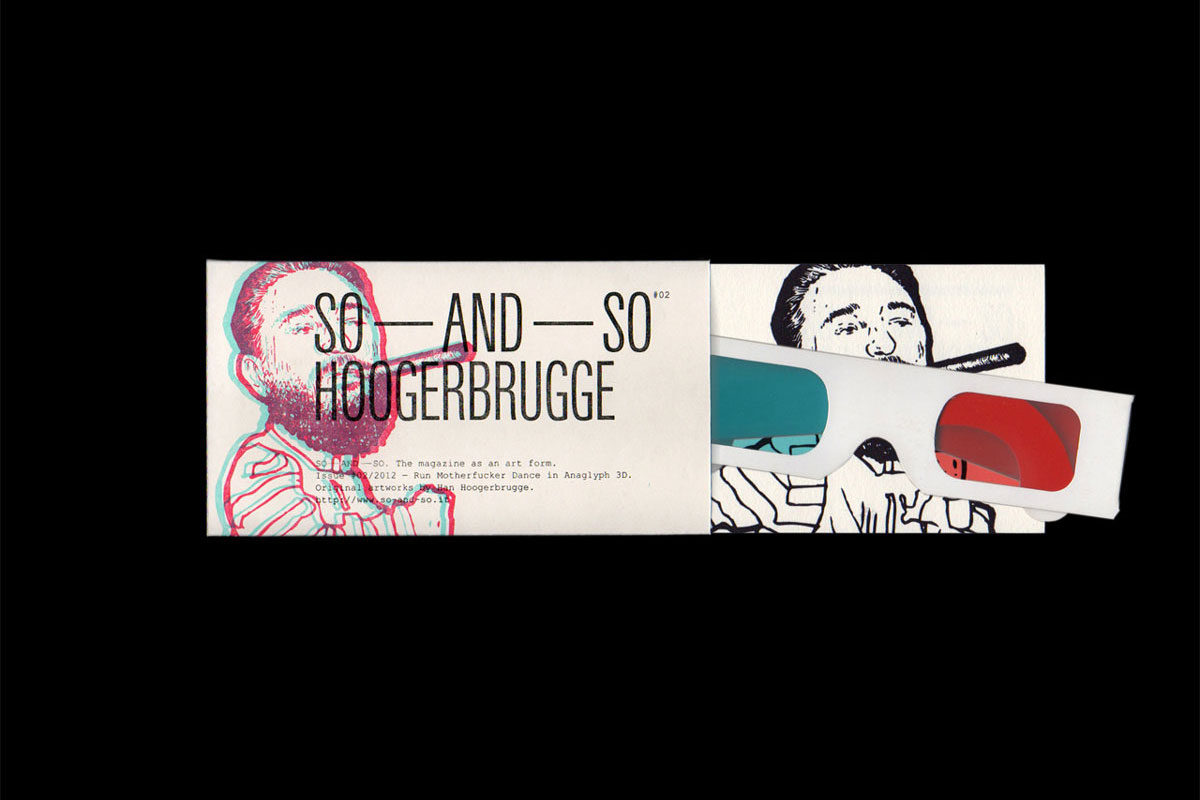 Hoogerbrugge is a Dutch artist and one of the pioneers of internet art. He is known for his Flash interactive animations he regularly posts on the net since the end of the 1990s. His work explores the contemporary human condition through a figure which is both self-portrait and alter-ego, a man in a characteristic black-and-white suit which regularly features in his minimal, monochromatic web-based animations. The idea behind this issue is to translate on paper the animation by the artist, produced exclusively for the project, through the form of a flipbook. Each frame of the animation has been exported and converted to obtain a 3D anaglyph effect. Each copy is hand-numbered and signed by Hoogerbrugge and comes with anaglyph 3D paper glasses.